What is Dart and why should you learn it?

Despite the perception that it is dead, Dart gained new momentum after it became the programming language used to code Flutter apps. Explore through BMW’s international success story with the language why it is worth learning!

From promising innovation to forgotten language

Dart is an open-source, general-purpose, object-oriented programming language with C-style syntax, developed by Google and introduced to the development community in 2011.

It was announced as a programming language optimized for Android, iOS, Windows, MacOS and other device platforms, designed to compete with JavaScript‘s web compatibility and mobile design features. Dart’s early success stemmed from this rivalry, which seemed to be won due to Dart’s direct browser support that chipped away the need for a JavaScript compiler. 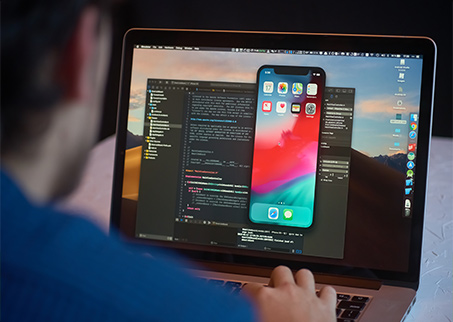 Despite all of this, adoption proved limited, and a 2018 Codementor survey even named Dart as the worst programming language to learn, advising developers to avoid the language.

However, in recent years Dart’s significance was reinforced, after Google launched Flutter. If you want to learn more about why Flutter is revolutionary, read our previous article on the future of app development!

This app development tool, which was named the most popular cross-platform mobile SDK in 2022, uses Dart as its language to avoid performance issues that are usually caused by compiled programming languages like JavaScript. In addition to eliminating errors, Dart was also an excellent choice for Flutter, since this language is perfect for apps on multiple platforms.

Dart forms the foundation of Flutter, not only because it provides the language for it, but because Dart also supports many core developer tasks like formatting, analyzing, and testing code. As a result of its advantages, it is foreseeable that the ever increasing interest in hybrid app development will generate an even greater interest in Dart as well.

In the past, BMW’s app developer team focused primarily on the iOS version of the BMW & MINI Connected apps. However, in 2018, they realized that discrepancies between their iOS and Android offerings had grown too large and they needed to ensure that the apps offered the same functionality to all consumers.

From a business perspective, BMW’s team wanted to be able to regularly release their products across all brands, platforms, and regions simultaneously, with the same feature capabilities based on customer feedback and business objectives. In order to do that, they needed a platform and language that was developer-friendly, developer-scalable, and performant, providing safe experimentation and continuous deployment.

In October 2019 they chose Flutter as their framework and Dart as their programming language. The My BMW App was launched in July 2020, in less then a year and has established itself in 47 countries on five continents as a universal interface providing a direct interface between the driver and their vehicle, and a communication channel with BMW dealers and the BMW brand. As of October 2021, more than 10,000 versions of their app variant have been built, emphasizing how fast and effective the Dart language is. 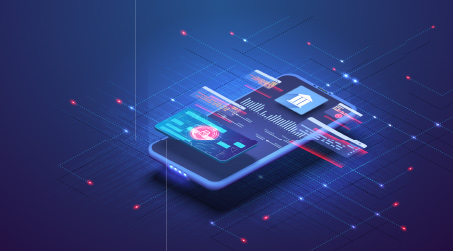 Dart is going to be the dominant application development tool in the coming years. Our experience with Flutter and our experts’ insights confirm this trend. Therefore, we listed the most striking features of this compiled language to make you consider learning it as well.

Dart is a statically typed programming language designed for better optimization of the user interface. Static typing also ensures that Dart compiler can examine the intended applications tasks and alert developers of any errors before the code actually runs.

The Dart Development Compiler (dartdevc) together with the Dart webdev CLI, can also spin up a dedicated development server for testing builds and debugging code. Moreover, Dart offers ahead-of-time compilations, which automatically compiles code into a format that a native machine can easily read, thus allowing applications to natively execute binary files. By compiling code during the build process, faster UI rendering in browsers can be also achieved.

Due to its direct compilation and execution into native code, Dart is able to eliminate the use of intermediary bridges like JavaScript Bridge. Dart uses Ahead Of Time (AOT) to compile code swiftly into native, which also allows hitchless animations and smoother user interfaces running at 60fps. Additionally, Dart is able to perform object allocation and garbage collection without the need to acquire locks.

Identifying errors at compilation makes Dart particularly type safe. This is a huge advantage, since Dart’s syntax won’t impose a learning difficulties for programmers who have experience with Java, or comfortable with .NET languages like C++ and C#. The language allows coders to customize variable names, improve the readability of project code and minimize the need for in-line comments. This makes the coding experience more enjoyable and time sufficient, highlighting the gain in creative steps towards innovation – something we truly believe at weCan.

It is time to recognize that after its downfall in 2011, Dart has slowly but surely reached its goal to become the most productive client-optimized programming language for multiplatform development in 2022. Making its use essential for programmers who search for cutting-edge technologies and have an innovative approach.