Google’s revolutionary open source framework is here to transform how we look at the app development process.

As the use of smartphones increases exponentially, mobile apps became one of the most powerful business tools on the globe, forcing companies like Google, BMW and eBay to invest in more effective mobile applications in order to engage with their audience more effectively. In interview with our Lead Solution Architect, László Pecsenye, and our App Developer Specialist, Ádám Farkas, we share weCan’s exciting experience with Google’s trend setting tool, our excellent results developing a tipping app in Flutter, also introducing international highlighting of its success through the Google Pay project, explaining why Flutter has the power to revolutionize the mobil app industry.

What is Flutter and why is it revolutionary? 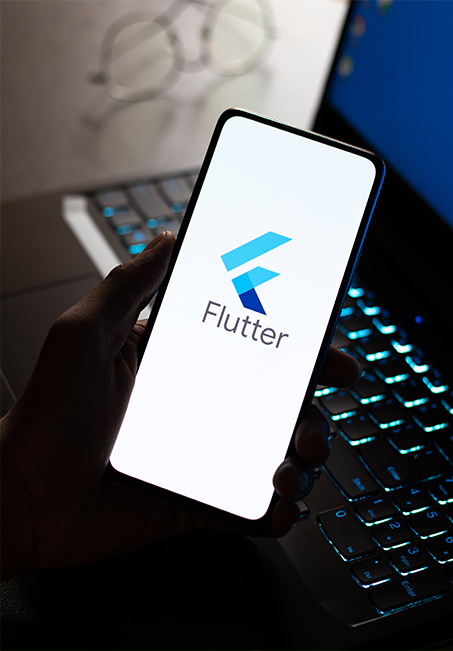 Flutter is trusted by global companies like BMW, Supernova and eBay due to its cost effective and efficient performance. One of the most prominent examples of app development in Flutter is Google Pay 3.0, which was launched in 2021.

With 100 million users around the world Google Pay allows users to manage their expenses. In order to do that, they relied on 1.7 million lines of code between Android and iOS, which was not sustainable as Google Pay continued to expand to new countries, each of which requiring its own features.

Therefore, they invested in the cross-platform framework of Flutter, knowing that this would enable fast and resource-efficient scaling of Google Pay around the world. Google’s expert team needed to rewrite an existing app with nearly 300 features, beta test it and then launch to over 100 million active users, all while maintaining the legacy app. Their hard work paid off, when they saw that despite adding several new features, the new codebase was 35% smaller than the original implementations, only 1.1 million lines of code. The developer team also estimates that they have saved 60-70% of time developing the new app, due to the easily manageable platform.

As can be seen from Google Pay’s example, compared to other cross-platform app development tools that use HTML tags, Flutter has obvious advantages. It excels at designing and developing cross-platform applications, due to its standout benefits of which the developing speed, the custom UI widgets and the code stability after rewriting are the most outstanding in our opinion.

Flutter allows development of fast, high performing apps due to its strategy of working on a reactive development architecture. This supports automatic adjustment of UI contents whenever the developer modifies the variables. Flutter also gets numerous open-source package support that increase the speed of app development, such as YouTube player, Flutter e-commerce, loading animations, and more.

Custom UI widgets are also important features of the Flutter framework. These widgets can be easily customized for specific needs and used to design the entire graphical interface of the developed application. The integration of complex animation is also very apparent, Flutter provides generous animation support for cross-platform applications. Along with the ready-made widgets, Tween can also be used to interpolate between the range of data as used by the object being animated. 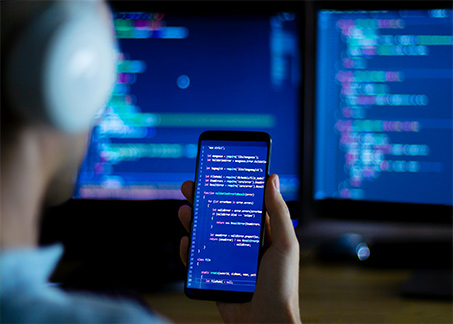 Another huge advantage of Flutter is its stabil rendering engine, which makes it possible to change the code without recompiling it. The apps that are developed in Flutter won’t be affected by any OS update or system customization, and interfaces will still look the same across browsers after an iOS or Android system update. Testing the mobile app that is developed through the Flutter framework is also straightforward, the app’s user interface, functionality, usability, and logical formation can be quickly tested without causing disruptions.

But besides all the advantages, Flutter also has some flaws. Like all other cross-platform frameworks, Flutter lacks the qualities of native applications. For access to native features like camera, speaker, microphones we require to integrate third-party plugins. In addition to this, for each functionality, several packages must be imported which increases the size of the app manifolds.

But even these weaknesses do not call into question Flutter’s leading position, as it continues to be at the forefront of app development in 2022.

Our experience with Flutter was outstanding. We first used it in 2021, when our expert team was asked to developed an app for a married couple in America. Our clients realized the difficulties bands face due to the pandemic, thus they envisioned an app that can be used to support performers in a contactless way. We developed Tip the Band in less than half a year, with truly convincing results. We could test the application on both platforms after 3-4 months, but feature development was even faster, it took only 2 months to complete. Flutter’s exceptional speed and agility provides an obvious answer to why it is spreading so widely, also making it clear why apps such as CrowdSource, Toyota or Nubank were developed in this system.

We believe in the power of innovation and, in keeping with our unmistakable weCan attitude, we never shy away from applying the latest advances to help our customers succeed.